Our Developers and Case Study

WHO DEVELOPED THE COURSE

The Ka-Ching! Business Parenting concept is the brainchild of Greg Bunyard. Greg studied for his BCom at Rhodes University, where he majored in Business Administration and Industrial Psychology and thereafter obtained an MBA from the Edinburgh Business School in Scotland. He has worked in Johannesburg and London and in the USA. Greg has traveled the world and is very much an entrepreneur himself, currently consulting in the investment and service sectors as well as developing the KA-CHING! BUSINESS PARENTING COURSE.

Greg and Midge Hilton-Green (the co-author) have researched and developed their ideas through books, websites and financial awareness courses and particularly on the work and research conducted by Midge while headmaster of Kingswood Junior School in Grahamstown, South Africa. Midge was probably the first person to introduce entrepreneurship and financial awareness courses into the formal school curriculum in 1988.

Midge is an acknowledged international authority in this area and has received extensive newspaper coverage, appeared on television, been interviewed on radio and been quoted in a number of books and magazines. He has assisted many schools with their own courses and is a founder member of the “Entrepreneurship Education lnitiative” and was presented with a plaque at the 19th Annual Entrepreneurship Education conference in Salt Lake City in 2001 ,to acknowledge his pioneering contribution in this field. He is currently headmaster of Bishops Preparatory School in Cape Town, South Africa. 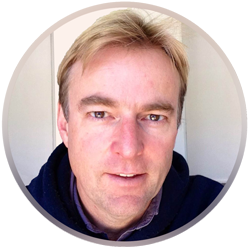 Greg is the co-author and is passionate about ensuring kids don’t make the same financial mistakes as he has. 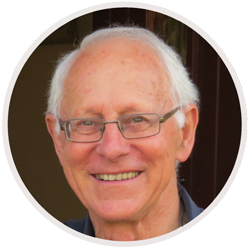 Midge is the co-author and acknowledged South African entrepreneurship trailblazer.

Greg is convinced that the success of the program is epitomised by a story Midge told him about the first time he introduced a business component into the syllabus for his 12 to 13 year old pupils. This was in his early years as Headmaster of Kingswood junior School.

“Midge told me that at the time he knew very little at all about business. In fact, he said he really didn’t know where he was heading when he decided to explore the possibility of young boys and girls running their own businesses.

“He instructed his pupils to form companies, each with five ‘directors’ ~managing, finance, marketing, advertising and secretarial) and to meet during the school morning break to discuss what they would sell and how to go about it. They were told to ‘register’ their companies with him and that they would have to pay a license and registration fee for each company and a hiring fee for the use of the school premises.

“They were told, at the outset, that companies were not all to sell the same products! “Midge recalls that young Ricky Oosthuyzen was the first to get off the mark with his Cola and Donut Company, which quickly became the envy of the other young entrepreneurs.

“It wasn’t long before Dieviyesh Dullabh made an appointment to see Midge and asked why he couldn’t also sell cold drinks and doughnuts! Midge, on quick reflection, realised that he didn’t have a ready answer at hand other than to say, ‘Those are the rules!’

“The next day, Dieviyesh plucked up the courage to go back to Midge and point out that his own father sold colas and donuts and his uncle did so as well! ‘So, why is it a problem at school?’ he asked.

“Midge deflected the question by informing Dieviyesh that ‘those sort of questions’ should be asked at the ‘Chamber of Commerce meeting on Friday’.

Dieviyesh’s puzzled look required an explanation. ‘All the managing directors are to meet in the Hall at 12:30 on Friday to elect a Chairman and Secretary of the Chamber of Commerce. Any queries, questions or problems could be raised at that meeting. Please tell the other managing directors,’ Midge said.

“The meeting duly took place and an elated Dieviyesh rushed into the Headmaster’s office to inform Midge that the Chamber of Commerce had decided that he could also start selling colas. “A few minutes later, a tearful Ricky entered Midge’s office to reproach him for changing the rules. Midge, feeling sorry for Ricky- and guilty about the way things had turned out- advised Ricky confidentially as follows: ‘As soon as Dieviyesh starts selling colas, drop your price to your actual cost price [i.e. no profit): carry on with your donut sales [and good profit) and let’s see what happens.’

“Another unforeseen problem reared its head when one of the managing directors informed Midge that some pupils were ‘buying on credit’ and asked for advice. Midge suggested that an acknowledgement of debt should be signed and witnessed to record the transaction, but the inevitable happened – many creditors were not settling their debts!

“Midge immediately set up a legal division by appointing two judges and six attorneys to handle such cases.” At the first court case, the companies had selected and briefed their attorneys and were in the Hall when Midge entered. Midge stood there and nothing happened. Everyone looked around, whispered to each other and eventually one brave soul asked him “What happens next~” Midge replied that he didn’t know, as he had never been in court before.

“The final case involved Bakulele Baai, who brought the house down when, in defence of his situation, owing money to most of the companies, he declared himself bankrupt!”

“Another pupil pointed out that in the popular TV show, lA Law, everyone stood up when the judge walked in. Midge duly suggested that the Judge leave the room and re-enter. The court got under way.

A very important element of the above scenario was that Midge actually gave very little advice – didn’t need to! The boys were allowed to make the decisions and then solve their own problems. Midge only intervened when it was really necessary.

Ka-Ching! Business Parenting believes parents- and teachers- far too often tend to dominate children’s thinking. This inhibits their natural desire to explore and investigate; while it restricts the growth in their personal confidence and the ability to manage their own lives.